The Story So Far

The history of the Hotel is just as important as its future. Lindsey was drawn to the Hotel because of the history, and aims to make sure that each step towards refurbishment and redevelopment is respectful of the history as well as taking advantage of the technology that we all have come to utilise daily. 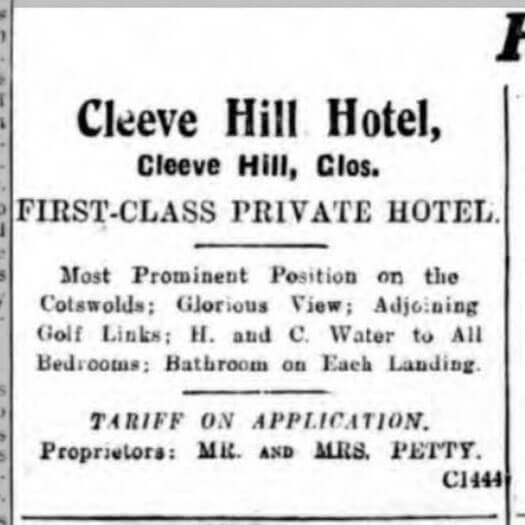 Cleeve Hill Hotel was built at the beginning of the 1900’s under the ownership of Mr Petty and family. At the time, Cleeve Hill was considered a ‘resort’ having been created by the leading businessmen of Cheltenham as an area to relax, away from the hustle and bustle of Victorian Cheltenham. There was a tram to bring visitors up from the Pump Room to ‘take the air’ on Cleeve Common.

Adjacent to the current site of the Hotel were the Geisha Tea Rooms, the original business opened by Mr Petty. Their success led to the Hotel being built with it’s design echoing the style of the tea rooms.

When Mr Petty died, his family continued with the Hotel for many years before eventually selling the business.

Today the Hotel is owned by Lindsey Holland, purchased in December 2017. New beds, tv’s, linen, towels, bedding, a boiler and a whole review of the food and drink offerings has led to where Cleeve Hill Hotel is today.

Some rooms have seen refurbishment, whilst others are awaiting re-modelling ahead of refurbishment. Technology is being incorporated where possible and infrastructure put in place to expand it in the future. 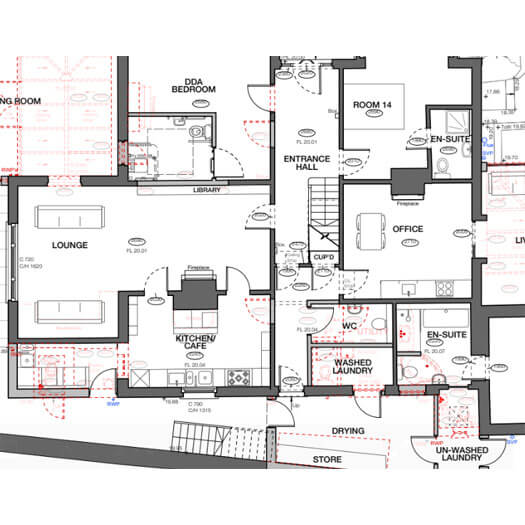 With a planned improvement and refurbishment programme in place the Hotel has already seen vast changes. Ahead will see more infrastructure improvements followed by a full but sensitive refurbishment from top to bottom.

Lindsey is keen to restore the Hotel as much as possible to the original build with a hint to the classic Edwardian décor Mr Petty deemed perfect for Cleeve Hill Hotel.

We use cookies on our website to give you the most relevant experience by remembering your preferences and repeat visits. By clicking “Accept”, you consent to the use of ALL the cookies.
Do not sell my personal information.
Cookie SettingsAccept
Manage consent

This website uses cookies to improve your experience while you navigate through the website. Out of these, the cookies that are categorized as necessary are stored on your browser as they are essential for the working of basic functionalities of the website. We also use third-party cookies that help us analyze and understand how you use this website. These cookies will be stored in your browser only with your consent. You also have the option to opt-out of these cookies. But opting out of some of these cookies may affect your browsing experience.
Necessary Always Enabled
Necessary cookies are absolutely essential for the website to function properly. These cookies ensure basic functionalities and security features of the website, anonymously.
Functional
Functional cookies help to perform certain functionalities like sharing the content of the website on social media platforms, collect feedbacks, and other third-party features.
Performance
Performance cookies are used to understand and analyze the key performance indexes of the website which helps in delivering a better user experience for the visitors.
Analytics
Analytical cookies are used to understand how visitors interact with the website. These cookies help provide information on metrics the number of visitors, bounce rate, traffic source, etc.
Advertisement
Advertisement cookies are used to provide visitors with relevant ads and marketing campaigns. These cookies track visitors across websites and collect information to provide customized ads.
Others
Other uncategorized cookies are those that are being analyzed and have not been classified into a category as yet.
SAVE & ACCEPT
Menu